In 1996 Lady Iliffe started The Frilsham Herd of Pedigree British White cattle. The herd consists of 25 cows and calves.

British White Cattle are a rare and ancient breed. The characteristics of a British White
are a white body capped with black ears and nose with four black socks.

The cattle graze the parkland at Yattendon and are shown at agricultural shows in
Southern England.

The herd won the Randolph Turpin Trophy for the best herd of British White Cattle in 2006, and also in the 2006 the British White Championship at the Royal County of Berkshire Show. 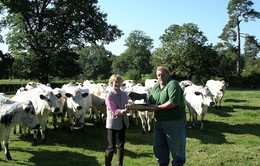 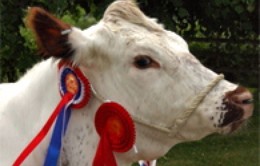